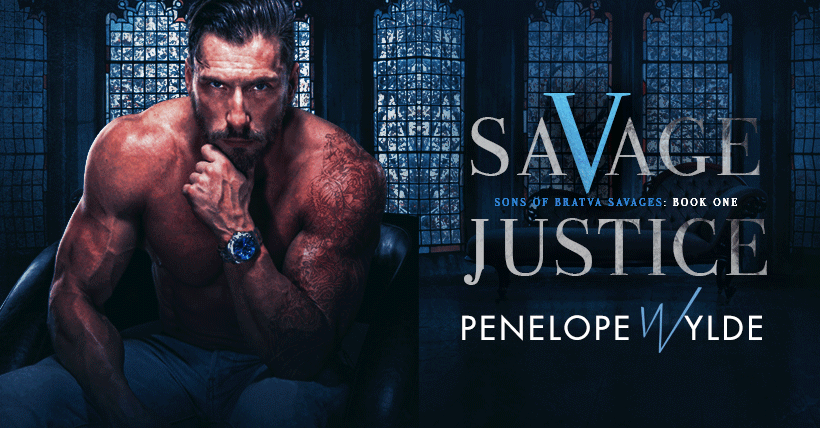 People go missing all the time.

Daughters, cousins, nieces, nephews. And worse. You know where I’m going with this. Don’t make me spell this shit out for you any more than I have to. Acid rolls in the pit of my stomach just thinking about it and I don’t need to be tempted into setting a few fuses and watching this place blow. Only the innocent trapped inside are keeping my raging demons at bay.

I straighten my cuffs before tapping my glass, signaling the barkeep to pour another when he looks my way. “Leave the bottle.” I toss a crisp Benjamin on the polished black marble and find a nearby table to wait and let the bottom feeders of the top one percent of high society get a good look at their newest member.

From my earliest memory, I’ve played a role and tonight’s no different. After nearly thirty-seven years of this shit you either get tired and fold or dig in deeper. Despite my father’s wrath, I’ve never been one to turn my back on an opportunity.

I feel the burn of eyes drilling into the back of my head so I down a few fingers worth of vodka and snag a passing captive by the arm.

“Drugaya.” I drag her to the edge of my table and she yelps. “Pour another,” I translate gruffly. To be fair, if I treated the enslaved server any other way, we’d both draw unwanted attention.

“Yes, sir.” Her tone is lifeless. Broken. Death, or the desire for it, flares in the depths of those flat brown eyes.

Fucking Volkov brothers. Another reason to want them buried and gone. We’re the top two Russian families vying for the highest position in this city. But not for long. They’re working to keep their enemy close while showing their growing strength. For now, I play along and let them have their fun. Letting them think they have the upper hand now will make their fall a helluva lot sweeter.

I’ve allowed them to operate under the radar, to ink out a living in their nightclubs and drug running. But I’ve heard rumblings from the shadows that they’re moving into darker waters and I’m here to see for myself. The invitation in my pocket is their way of flaunting it in my face.

The lifeless server signals for me to remove my hand. I wrap my knuckles on the gleaming table. “Hurry the fuck up and try not spilling it.” Emeralds swing from her earlobes as she jumps at my tone making me feel like a royal asshole. Her eyes are glued to the empty glass and her fingers tremble as she clutches the bottle. The flimsy black netting covering her tits and crotch are see-through with chains crisscrossing most of her body, leaving her exposed as a demonstration of wealth and level of quality.

The shit this poor girl must have been forced into makes me fucking sick.

“May I offer you anything further this evening, sir?” There is an inflection on sir that wasn’t there before so I know she’s moving into playing a role she’s been trained for. She places the bottle on the table and lowers to the floor in front of me, her hands poised on the edges of her knees. Palms turned up. I watch her face as a pinch of fear works over her expression.

I wave her off. I’m every bit of the bastard everyone thinks I am. Mobster, murderer, crime lord, piece-of-shit biker trash with too much money.
They’re not wrong. I’m all those things and more. But I’ve never taken someone by force. Or had someone feel they had to give me pleasure in order to draw their next breath.

“Nyet. Leave me. There’s nothing you can offer me that I want.” I regret my words immediately.

She remains unmoving. Panic creases the corners of her eyes and for the first time I see signs of life creep in behind those false lashes. This has me reconsidering my position.

“Please, allow me to pleasure you. If I don’t, they will hurt me.” She’s trembling as she begs to suck me off. I can see the girl she used to be under the layers of caked-on makeup. She shuffles on her knees toward me and reaches for the buckle of my belt. I grab her hand, a delicate thing, and wrap my fingers around her.

Her voice is low, timid, and laced with enough fear to cripple a grown man. Which steals away my attention from where I need it—memorizing every face inside these walls.

I take her chin between my thumb and forefinger. “Later, dorogoy.” I speak up for anyone within earshot to hear. “You’re a perfect specimen of what the Volkov brothers possess. Tell them I am pleased, but it’s almost time for the auction to start. Come find me later and we’ll see if that mouth of yours looks as beautifully wrapped around my cock as I suspect it will.” I feel her desperation, but she’s not who I’m looking for. I can’t afford to get distracted.

Hope swiftly dies in the woman’s eyes. She bows her head and sends me a silent thank you with her eyes.

She moves away slowly and I pin my gaze across the room. But in my periphery, I notice the older Volkov twin, Ivan, observing me interact with his property from a nearby table. The high-end traffickers and natural-born sadistic capitalists have been on my radar for a while now. Petty west coast little shits who think they can muscle in and take what’s mine because they’ve come into some money. Where they replenish the coffers is evident, but how they went from operating pop-up whore houses out west to this is another question. One I tend to find the answer to.

I had my men spread rumors about me being in the market for a bride and it was almost fucking child’s play getting an invite Now that I have an in to one of their private showings, I resign myself to putting on a show of a lifetime. I can’t give them any reason to doubt my motives. I’ve sacrificed a lot to be sitting at this table, and as the newest member of The Society everyone’s eyes are on me. One wrong move that triggers their paranoia and all my work will be for nothing. I need to remember that.

One more look into the soulless pits for eyes of the woman and I know I’ll murder someone for breaking such a fragile soul.

This brings me back to the shit I was saying before. We all know the world is a fucked-up place, but what goes on here is worse than the darkest pits of hell. And all for money. Why? Greed and power. Both put whoever controls the most at the top of the food chain. And I’m not such a saint to deny I love having both. From my throne at the top of the summit, the view is spectacular. Anyone challenges my authority and I’ll spill their blood in my streets.

The Volkov brothers are stupid enough to think they’ll take me out and step into my shoes. They haven’t been in town long enough to learn my word is what governs the underbelly of New York City. My crew and I keep these streets clean, safe, and protected from trash like them. I rule with fear, strength and I’m not afraid to let rivers of blood coat my territory to maintain my reign. It’s the only way to keep people like my father from emerging. I learned having full control is the only way at the knee of that brutal piece-of-shit. There is no end to the hatred thriving in my blood for him. He sparked a fire in my veins the day he killed my mother with his bare hands. And now he lives with the fear I’ll come after him someday.

The bastard is not wrong.

Which naturally leads to another truth. The one universal law that makes humans seem like the scum of the universe—in all its filthy, faceted, fucked-up forms, sex sells. And those who have the money to throw around will pay any price to get it. Or, control over those who want it.

It makes criminals out of the nice guy next door, and broken souls out of those unfortunate enough to find themselves in places like this.

Auction windows. But don’t let the name fool you. Nothing that goes on here happens in the light of day. The windows are underground pop-up locations so far off the grid not even the most crooked of cops are let in on this secret. Elaborate mansion basements the size of football fields, underground cave systems that have been converted into luxurious dens of sin, or a remote deluxe cabin in the woods. All on highly guarded, private property and away from curious eyes. Anywhere the Volkov brothers can host a gala that doubles as an auction. Princes, foreign politicians, men—and women—in power with too much money and a lack of morals all fill these walls wearing smiles and tuxedos more costly than your monthly car payment.

My crew is thorough in their intel gathering.

And by no stretch of the imagination are the women here by choice. Most of them walking from table to table have been here a while and are referred to as house samples. Women and men barely old enough to vote are forced into this life of degradation as samples of the Volkovs’ product. Anyone holding membership to The Society can demand anything of these poor souls and they either perform on command or be killed. Every last one of them is kidnapped off the streets, ripped from their lives, stripped of their dignity with daily beatings until they give their full submission. Some don’t make it.

It’s hard to believe, but these have it better than the ones drugged and held in cages just out of sight behind large curtains in the next room. Those are to be sold tonight to the highest bidder. And I have deep pockets. It’s what pisses these Society fuckers off. I ride up here on my sled, look like I should be behind bars Upstate, and yet have more sitting in my bank account than all of them put together.

I let a wolfish grin slip.

And you thought I was a bastard. You’re not wrong, because I plan on buying one of those women and making her my wife.

And the worst part is there’s not a damn thing anyone will do about it. Yet.

But I’m getting ahead of myself.
​
“Sir.” I look up to find a raven-haired woman in her mid-twenties bare of all clothing standing beside me, the one in emeralds nowhere to be seen. I gesture with a flick of my fingers for her to speak. “Your booth is ready.”
AMAZON & KINDLE UNLIMITED